For the first time in Rome, a solo exhibition dedicated to the goldsmith artist Graziano Visintin. Visintin is part of the world famous "Padua School", a movement initiated by the Master Mario Pinton (1919 – 2008) in the early 1950s.

The group distinguished itself not only through the technical skills of those forming part of it, but also by virtue of the capability of elaborating a style based on pure forms, experimentation of materials and application of ancient goldsmith techniques to simple and rigorous forms. Those forming part of the group soon gained recognition worldwide and became an avant-garde movement.

Graziano Visintin studied at the Istituto Pietro Selvatico in Padua, where he has been teaching since the mid 1970s. The artist has always followed the concept of making jewellery as a work of art. The end result is a process of intense research that transforms jewellery into sculptures for the body.

As other artists that form part of the movement, Visintin shows substantial interest in linear, clean-cut and minimalist forms. This common language soon becomes the distinctive mark of the group itself, even though each artist adopts his/her own approach through a very personal interpretation of the theme.

Visintin concentrates on the study of geometrical forms and the revision or distortion of these. In his first works we find cones, spheres, cubes, pyramids, often elongated or deformed, offering a different perspective to the viewer. A variation of perfect geometrical shapes combined with reference to mathematical rules that apply to forms and their mutual relations.

This conceptual application to the world of goldsmithing represents one of the most innovative aspects of Visintin's oeuvre. We thus discover in his early works, primary forms such as rectangles in ebony, combined with gold, arranged so as to create a series of protrusions forming a pattern that is calculated according to the length of each piece.

In later years, the artist tends to subtract and often merely traces the outline of the desired form, leaving empty spaces. Hence thin wire in the form of a square, circle or triangle can become a necklace, bracelet or brooch, or brooches composed of two parallel bars on which gold pyramids slide. We can speak of pure minimalism, almost brought to an extreme.

As years go by, empty spaces are filled and surfaces and contours become less smooth, less defined. The delicacy of the surface of gold, left opaque, is covered in enamel that almost paints the surface. Niello, an ancient black mixture of copper, silver and lead sulphides, is used to cover the metal in part, or at times, completely. In more recent works, the artist uses niello in brushstrokes, as if he were painting. The works thus become more instinctive, although they maintain precision and geometry as a primary concept.

Two thin rectangular sheets of gold – that joined go to form a square – partially covered in enamel and niello, are held together by two small central cube-shaped pivots. Oxidisations obtained with verdigris to confer a turquoise colour to gold. Gold sheets enamelled with colours that go from green to red to grey, that resemble a boiling substance, a sort of magmatic fluid. We can observe clots of enamel that are concentrated in particular areas of the surface. The rigidity of geometry is softened by the combination of the colour and opaqueness of the metal. Visintin looks at every detail with the utmost attention.

The more recent pieces leave space to imagination. The fact that most of his works are not given titles facilitates this process. A landscape, a field, the sea, all of these or none at all. Just like when observing a painting, Visintin's jewellery leaves complete freedom of thought and interpretation. 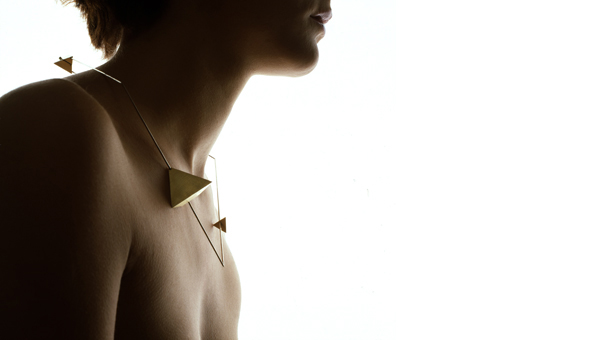 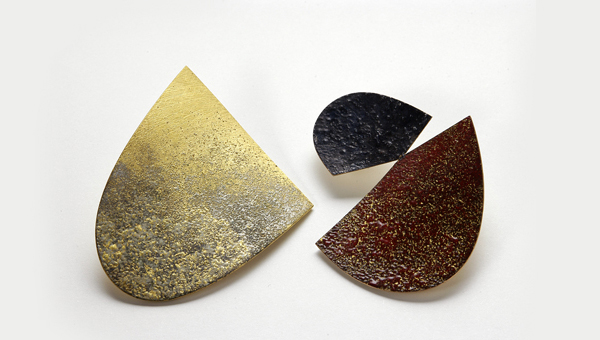 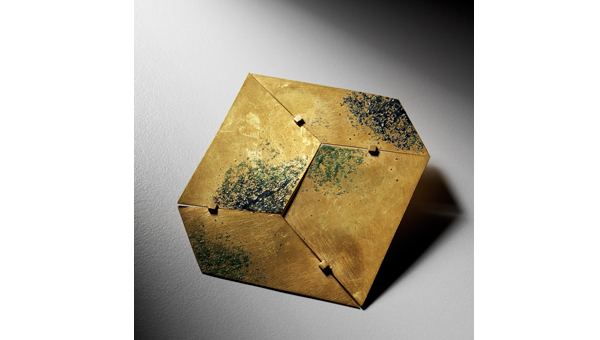 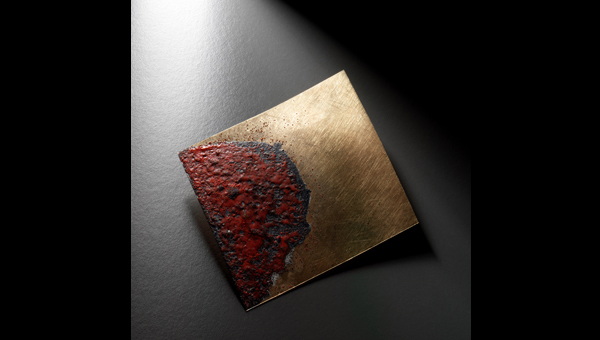 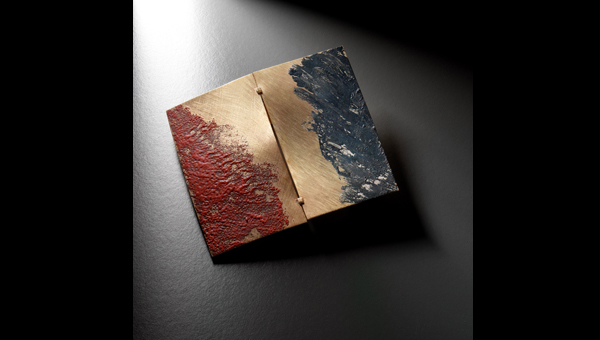 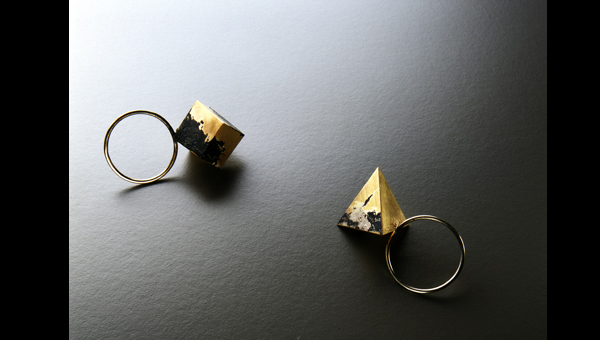 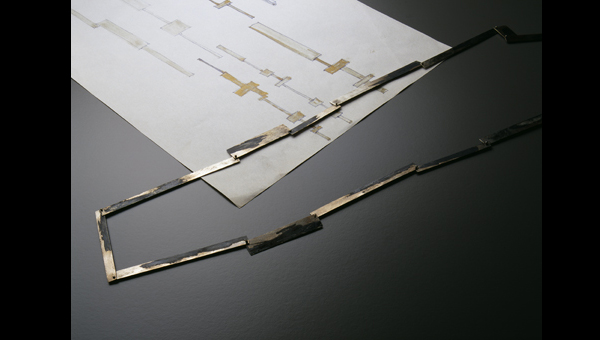