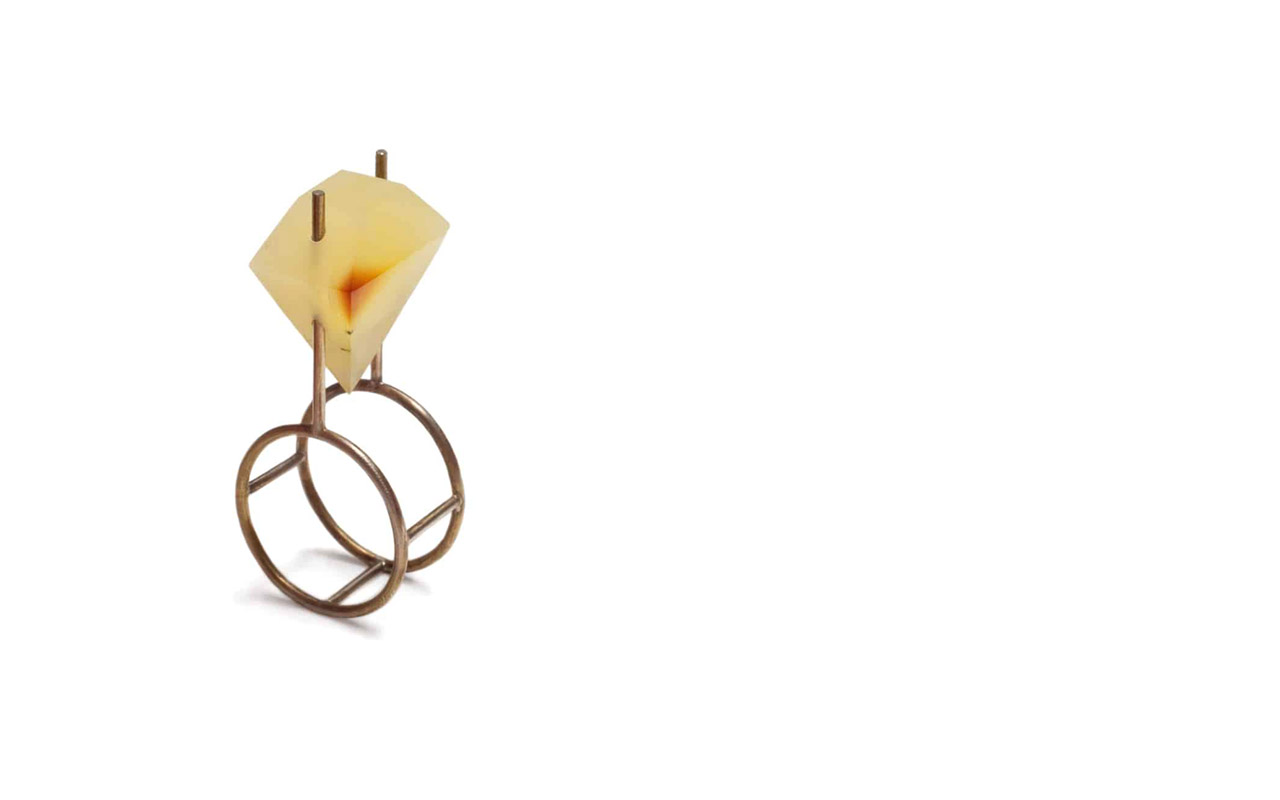 This exhibition shows a number of different approaches to amber, running the gamut from artists working with amber for the first time, to those who have been working with it for an extended period. The contrasts in these works should help to update the traditional and still rather one-sided view of amber jewelry, showing new possibilities about this interesting material.

More than something washed ashore

Edmund Spenser once wrote his lover’s name in the sand at the shore, twice, but the waves washed it away. The waves also transform amber, which is soft, warm, and can be white, yellow, brown, black, or skin tone. Amber is an organic substance, sometimes opaque, other times translucent, revealing a glimpse of its interior, with wonderful inclusions of a forgotten time. It can be alluring, electric, and when its contact is desired, it has healing qualities. Spenser’s lover told him that he and his gesture were both vain and for naught, as both she and her name were ephemeral. Spenser responded that his verses would immortalize her virtues and inscribe her name in heaven. While jewelry makers may be forced to work with more mundane materials at their disposal, their works in amber need neither explanation nor interpretation: The effect is immediate. The philosopher Michel Foucault* declared the death of the object as the source and basis of knowledge, freedom, language and history, perceiving a danger that mankind would disappear like footprints in the sand. Spenser reaches a different conclusion: When death overtakes the world, our love lives on, and renews the life that comes after it. This is why jewelry makers work with amber: For a sense of personal happiness, and for the well-being of the living. 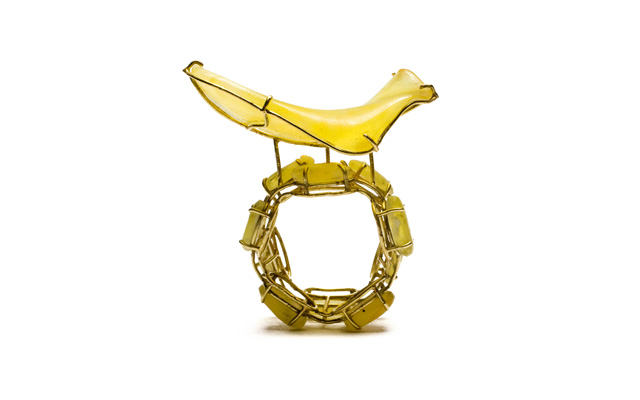 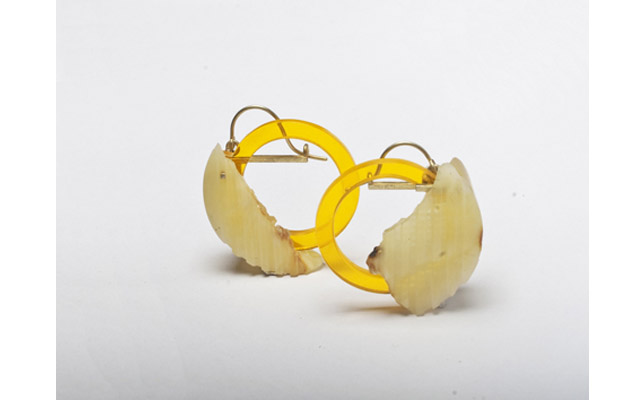 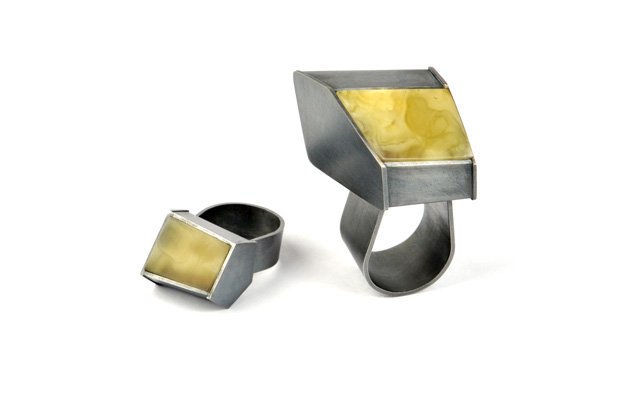 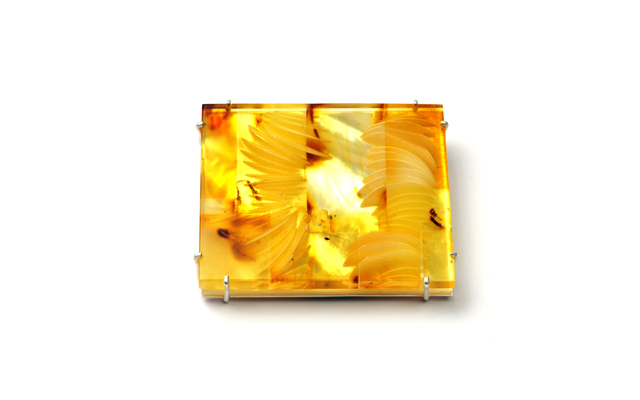 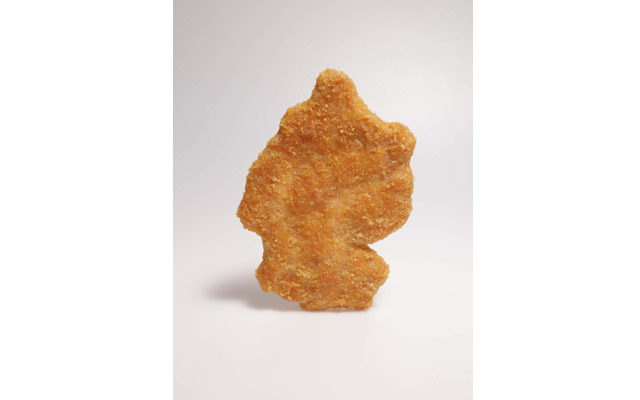 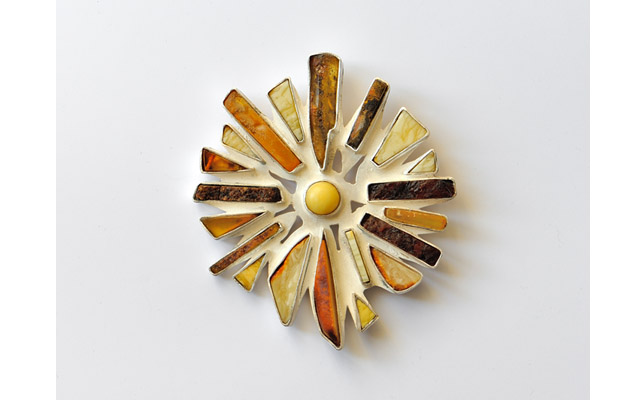 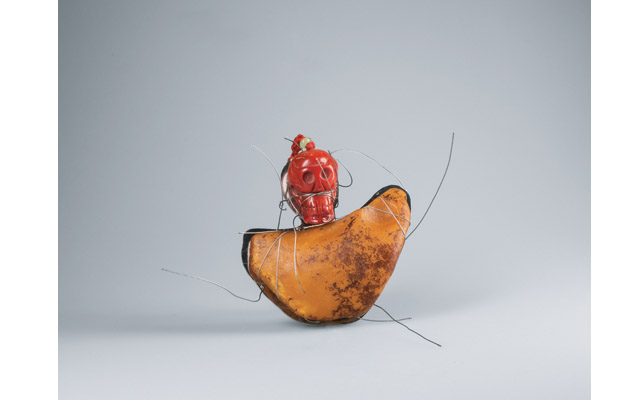 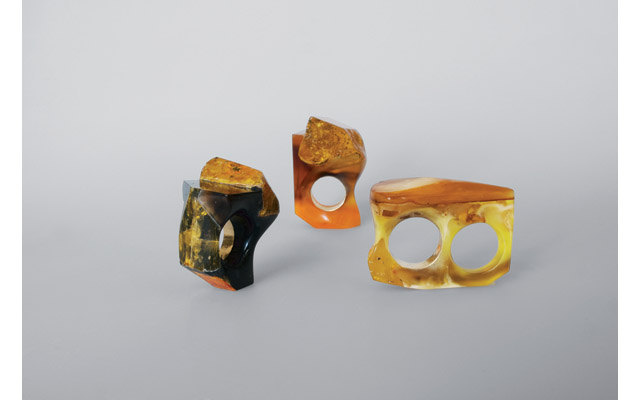 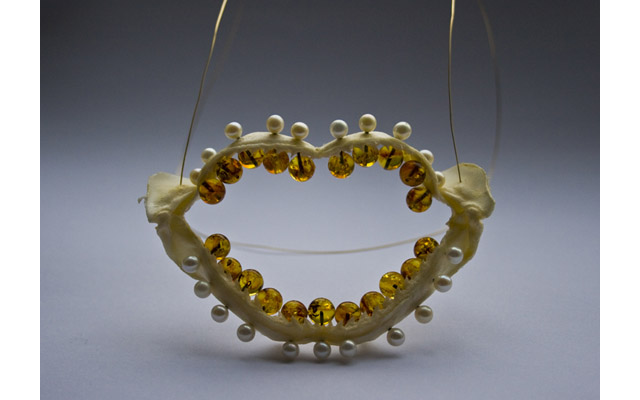