As root of subject matter of art, nature provided infinite possibility of creation and we created artworks based on continuous study and experience toward art from past to present. In the past, roots were selected within the scope that can be experienced visually but due to development of science technology even microscopic parts are used as subject matter of art. Together with development of natural science, visual images that were not experienced in the past were created and this helped us to cause new imagination to us. Based on these experiences, we are able to create organic form in a new viewpoint which is different from the past.

There are organisms that pursue changes while it complies to certain rule known as order and harmony within the nature. These organisms are consists of cells. Unit cells itself shows various change in forms at each stage during the course of creation, grow, division, and extinction. The course of change gives fantasy about unpredictable 'organism' and organic form itself of cells which are basic unit of life formation contain element of infinite fantasy.

By analyzing cell form and shape through basic element of model, we arranged shape trait of cell as line, form and color. We used it as basic shape measure and instead of reproduce it as itself we expressed 2nd dimensional image that can be considered from the subject.

We actively expressed organic movement of cell with its mysterious color and its constant changing form by using silicone which is synthetic resins as its major component, and made spectator and wearer to feel interest by texture and materiality and transparency of silicone. 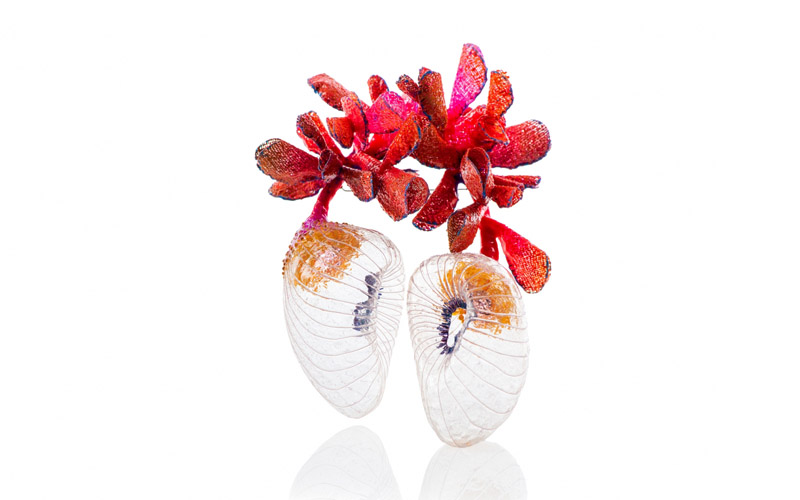 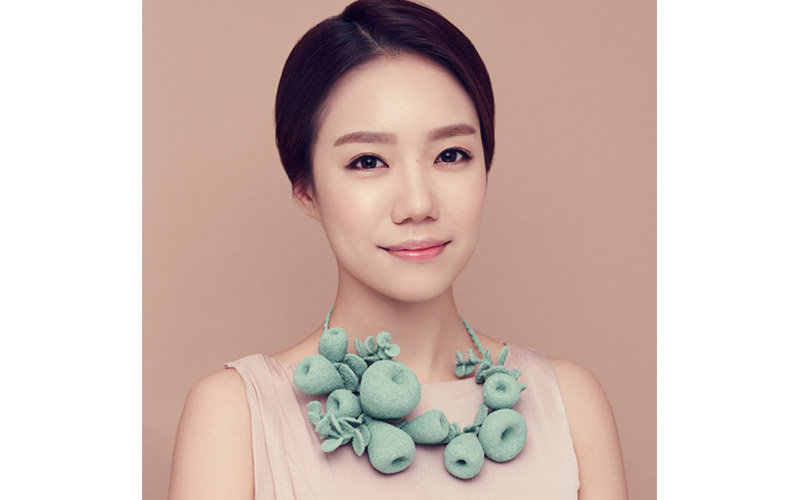 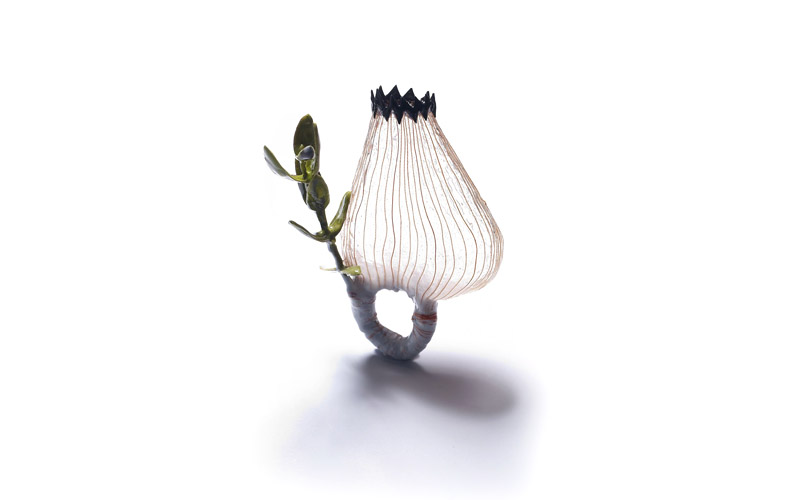 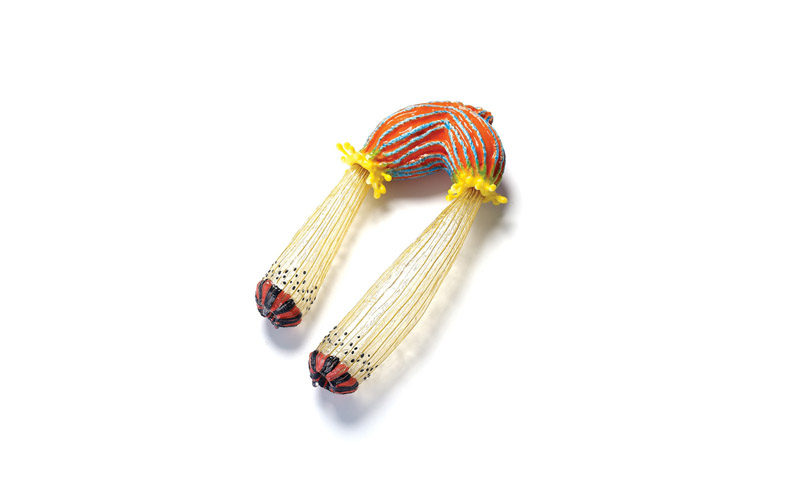 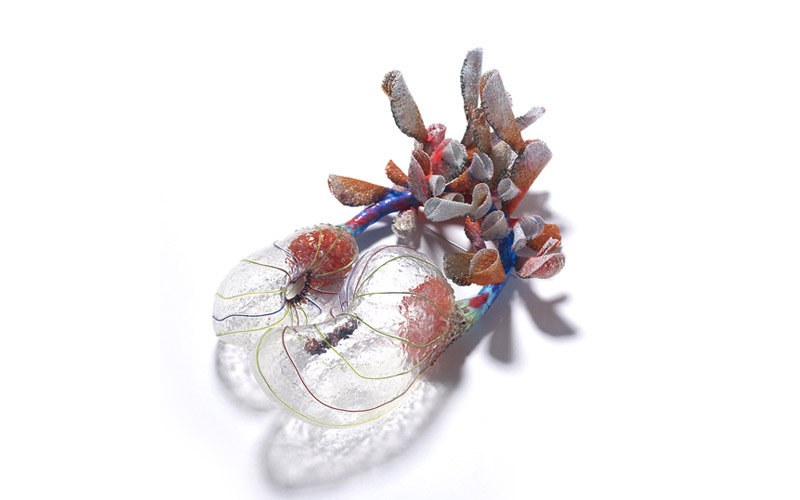 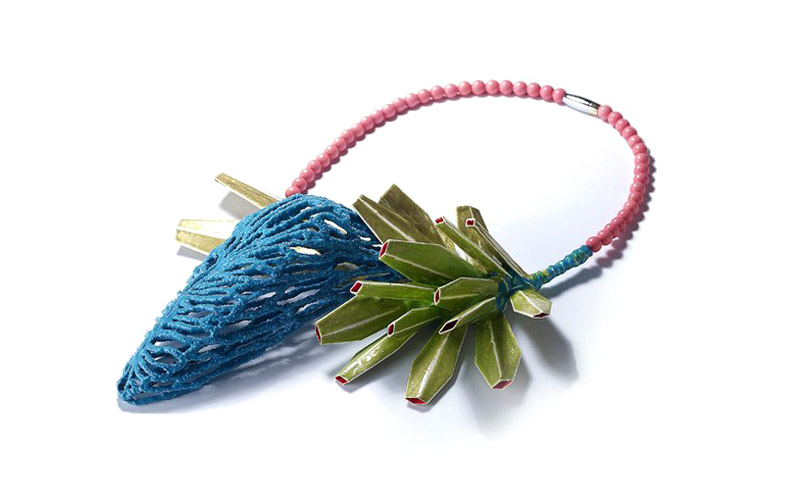