Due to their partly technical partly organic appearing shapes my work seems to belong to a yet unknown flora and fauna. Photos of satellite, funnel and tentacle like wire structures, transferred by a special technique into the enamel, talk an emblematic sort of language. Time and again these delicate formations emerge from the surface, appearing to stretch out towards the observer. The objects become minute catalysts, attempting to establish direct contact with their environment. ‘…about funnels and months’.

In this series, the funnel becomes a prominent feature. Being like an artificial „organ to communicate between inner and outside world, every day of a month gets one funnel for itself, meaning that every jewellery piece consists of 28 to 31 funnels = days. Since most of these delicate cone-like wire structures are flattened you will just recognize them as such on a second look, being parts of an interesting play between two- and three-dimensionality. 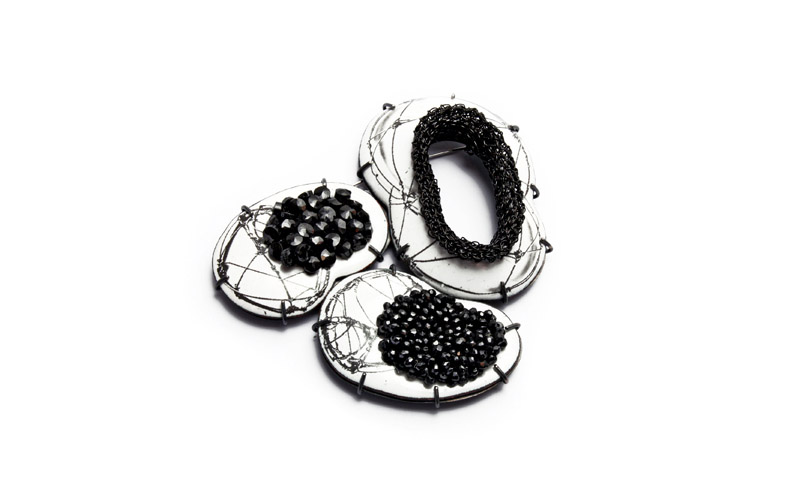 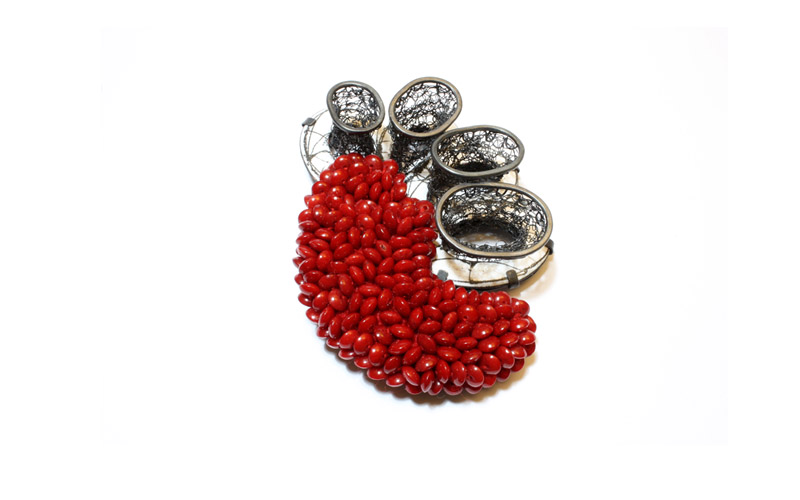 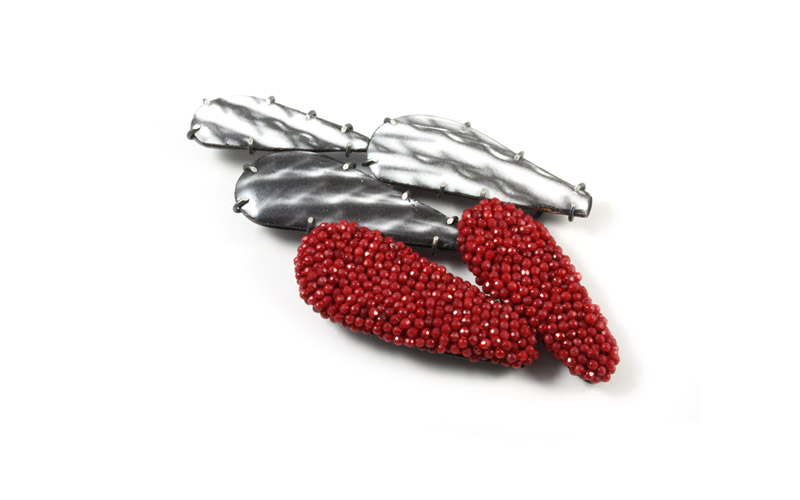 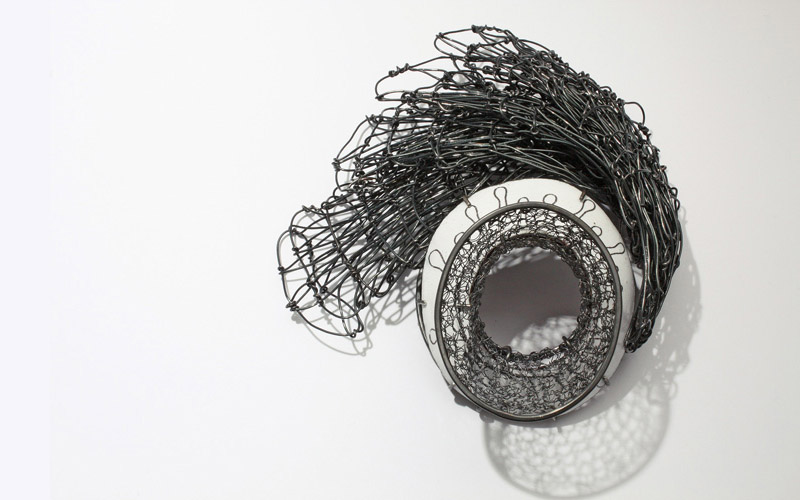 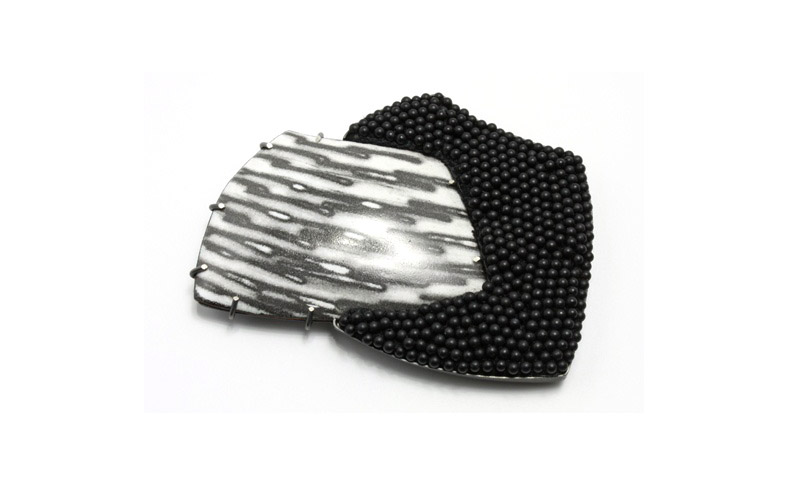