Gold, enamel and niello are the materials favoured by the Paduan artist Graziano Visintin. He has followed the language of minimalism, making jewellery that is expressed through pure, geometrical forms. His latest works, although still geometrical, are more irregular than previous pieces, both in shape and in texture. The warm colour of gold is enhanced and embellished by hints of enamel or niello, creating three-dimensional effects. The pieces are simple and eradicate any form of elaborate decoration, acquiring a visual and physical quality of lightness. Visintin is one of the few contemporary jewellers who avails himself of traditional materials with ease. The artist utilizes an array of skills with excellence, where each and every detail of the gold surface is carefully treated to create a particular desired effect. It is here that the artist is seduced by the colours of enamel and the pictorial effects of niello that are applied to the surface of his pieces with expertise. 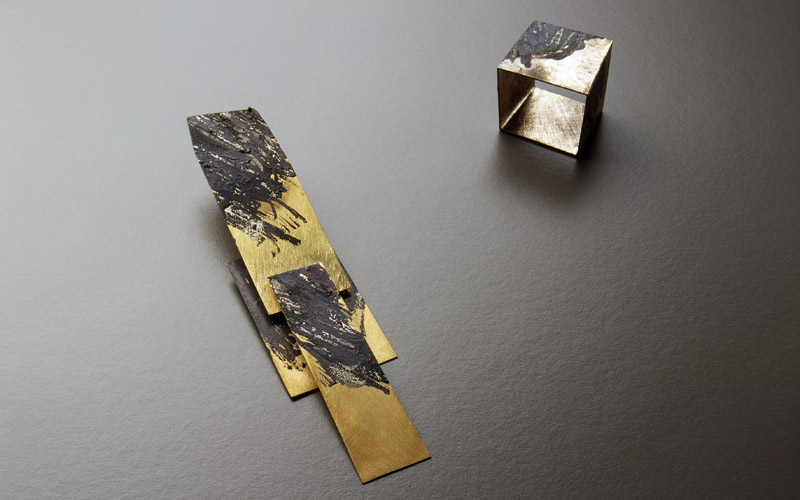 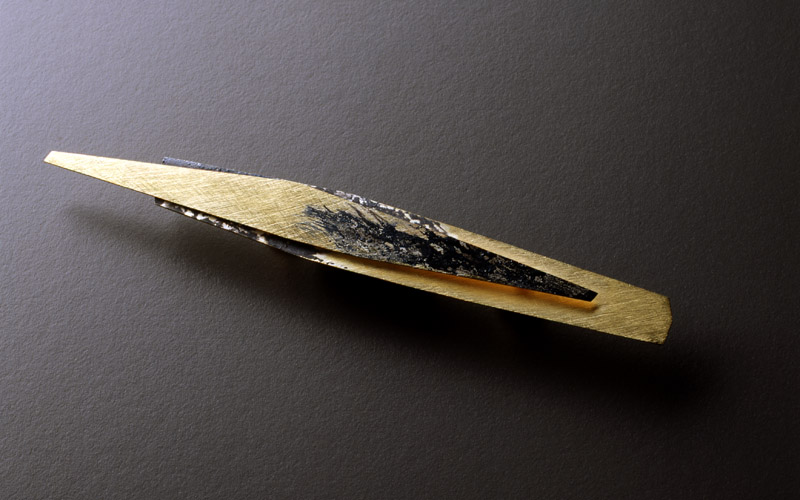 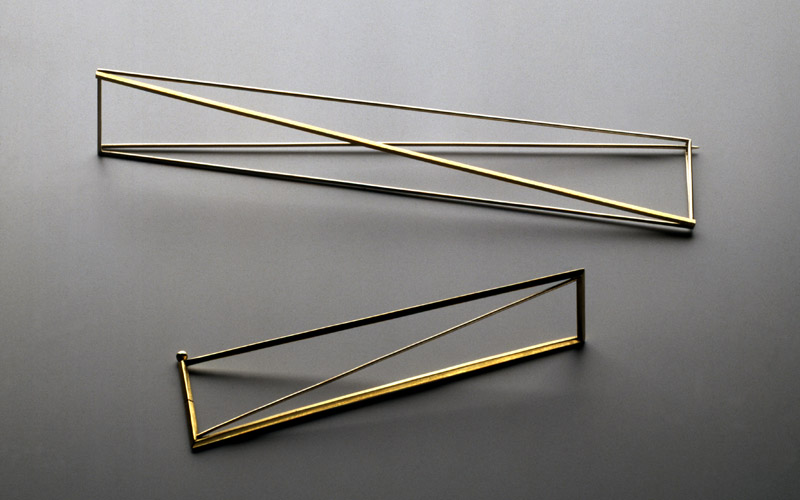 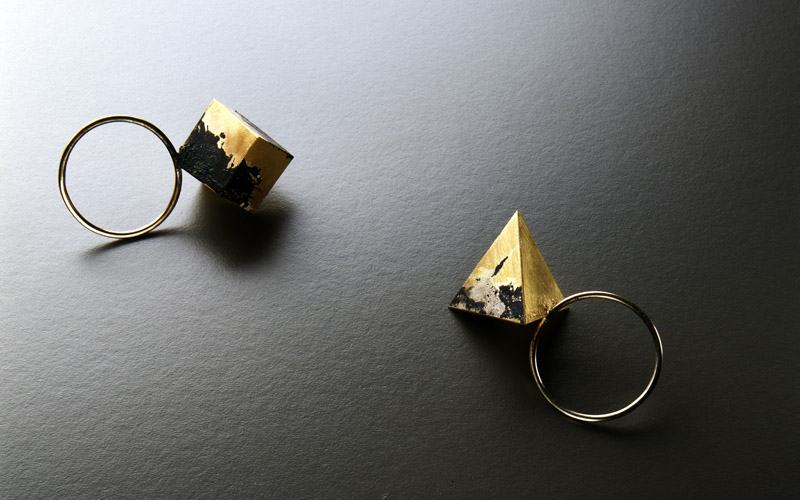 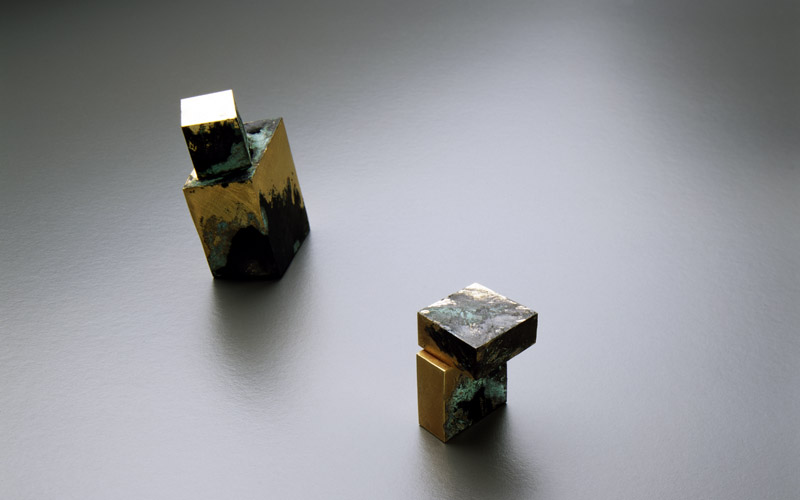 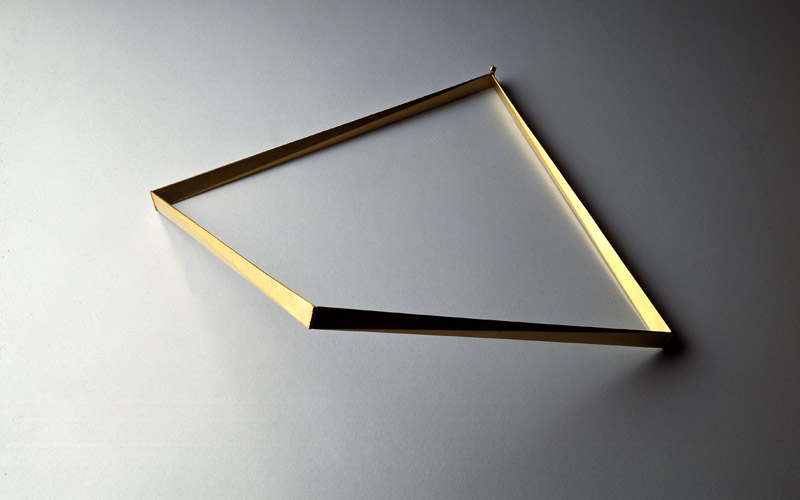 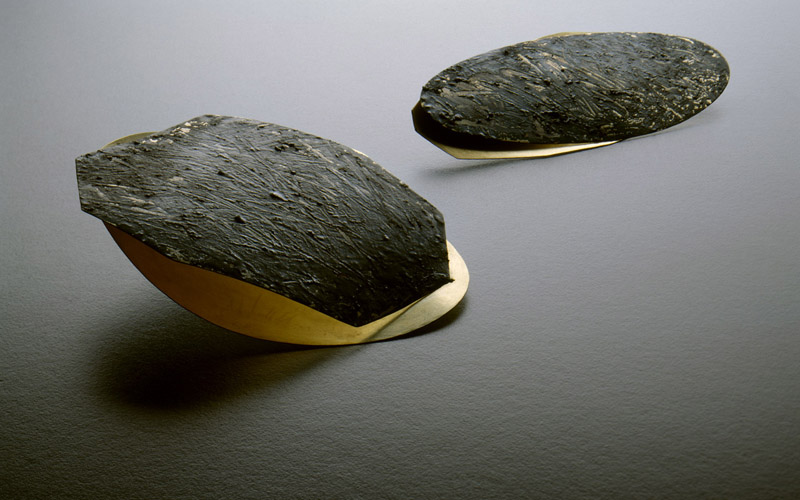