Statement
Cathy Chotard makes use of precious metal by turning it into tiny, wafer thin pieces. These are then assembled with the use of nylon thread to construct dense structures that have an extremely light, aerial, even soft appearance. Accordingly, with the use of this thread, she shapes numerous fragile elements, rearranging the pieces in order that they take the form of a ring, a necklace or a brooch, in a puzzle-like manner. A cluster of small, minute specks of gold or silver are transformed into feminine pieces to adorn the human body. It is not the beauty of single elements that is of interest to Chotard. On the contrary, she is fascinated by the way in which these can be arranged and combined, the way they can fit in and be re-organized as a whole, together with other components, in a sort of composition of elements that are put together to form a final piece. Three thousand tiny pieces to make up a necklace or eight hundred minute elements to make a ring. Very elaborate pieces in which the artist often reaches back to ancient fabrication techniques, such as granulation. Hence, creating works with a very rare quality today: pieces that require time and patience on behalf of the maker.

C.V.
Cathy Chotard was born in France in 1950. She studied at the École des Beaux-Arts, Rennes, between 1967 and 1970. Between 1992 and 1993 she carried out research on jewellery at the Ateliers de Fontblanche in Nîmes. She worked in sculpture until 1989 and in 1992 opened her own workshop, where she has since been making jewellery and objects. Her works are part of the following public collections: Musée des Arts Décoratifs, Paris, FNAC, Fr.; Musée de l’Horlogerie et de l’Emaillerie, Geneva; Musée des Arts Décoratifs, Montréal; Musée de Cagnes-sur-Mer, Fr.; Musée Hiko Mizuno, Tokyo. 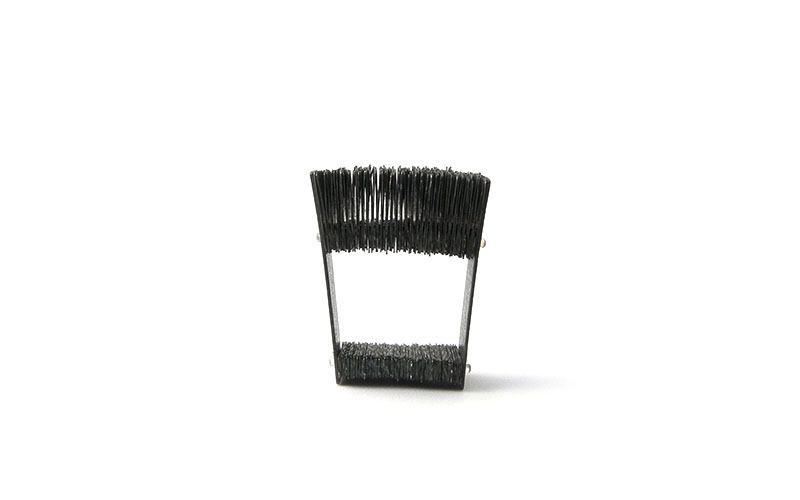 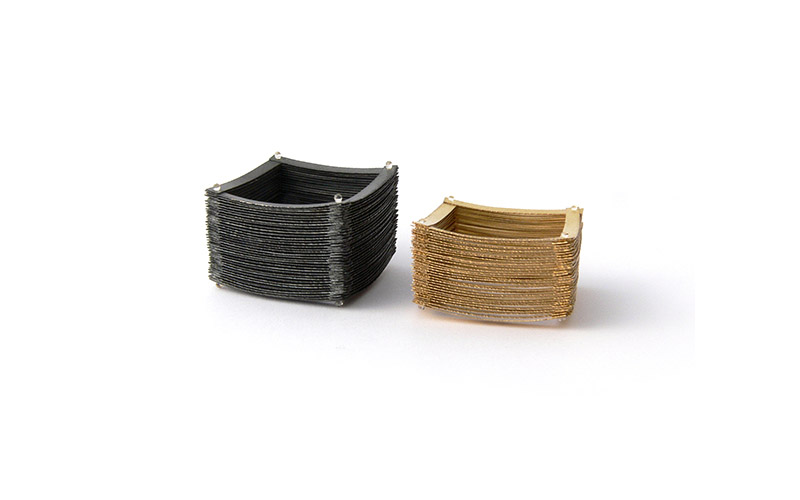 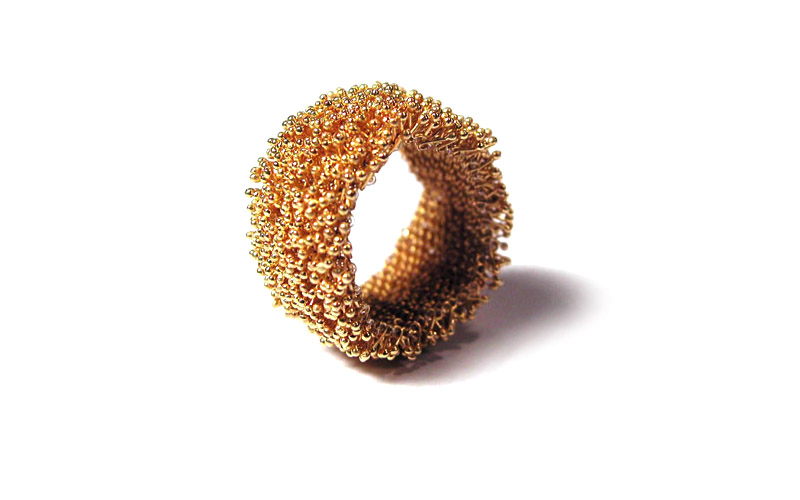 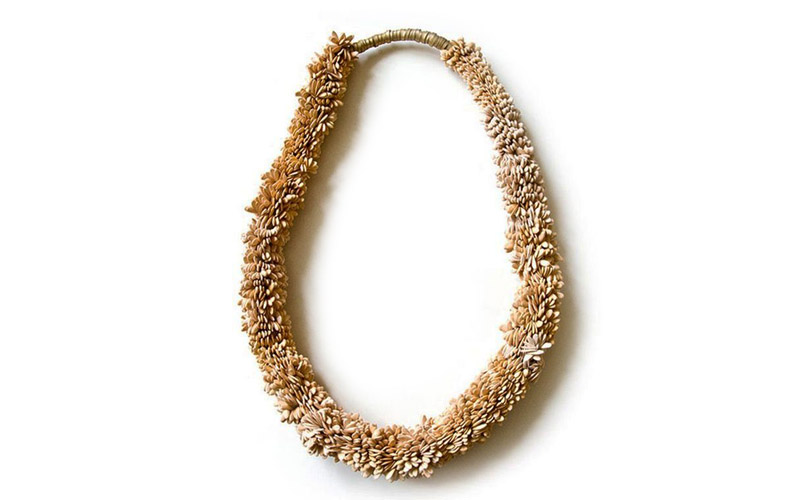 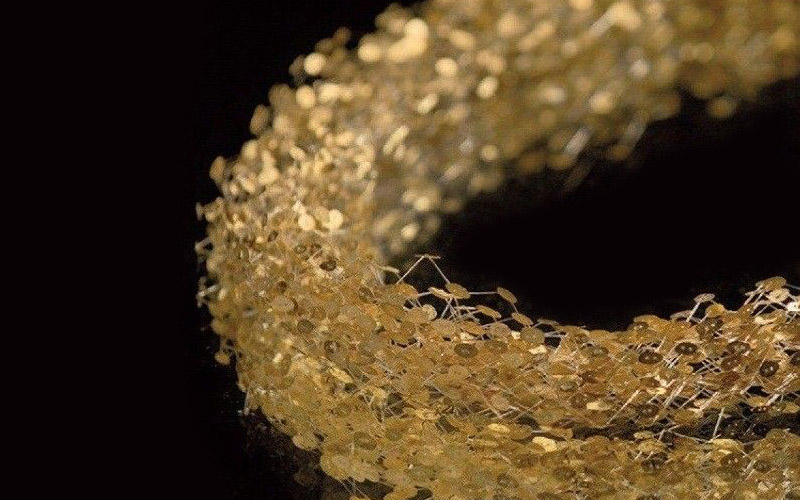 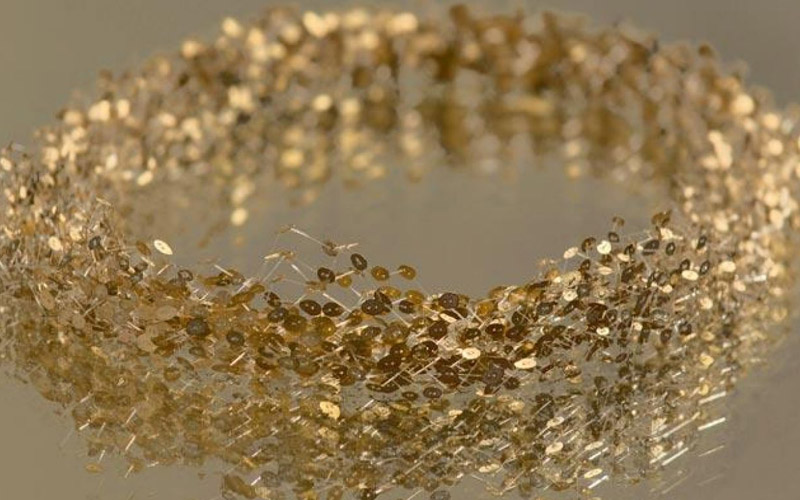 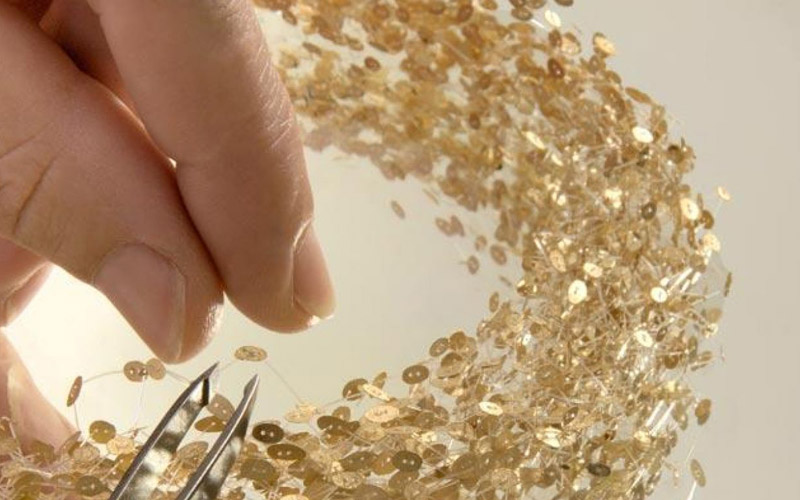