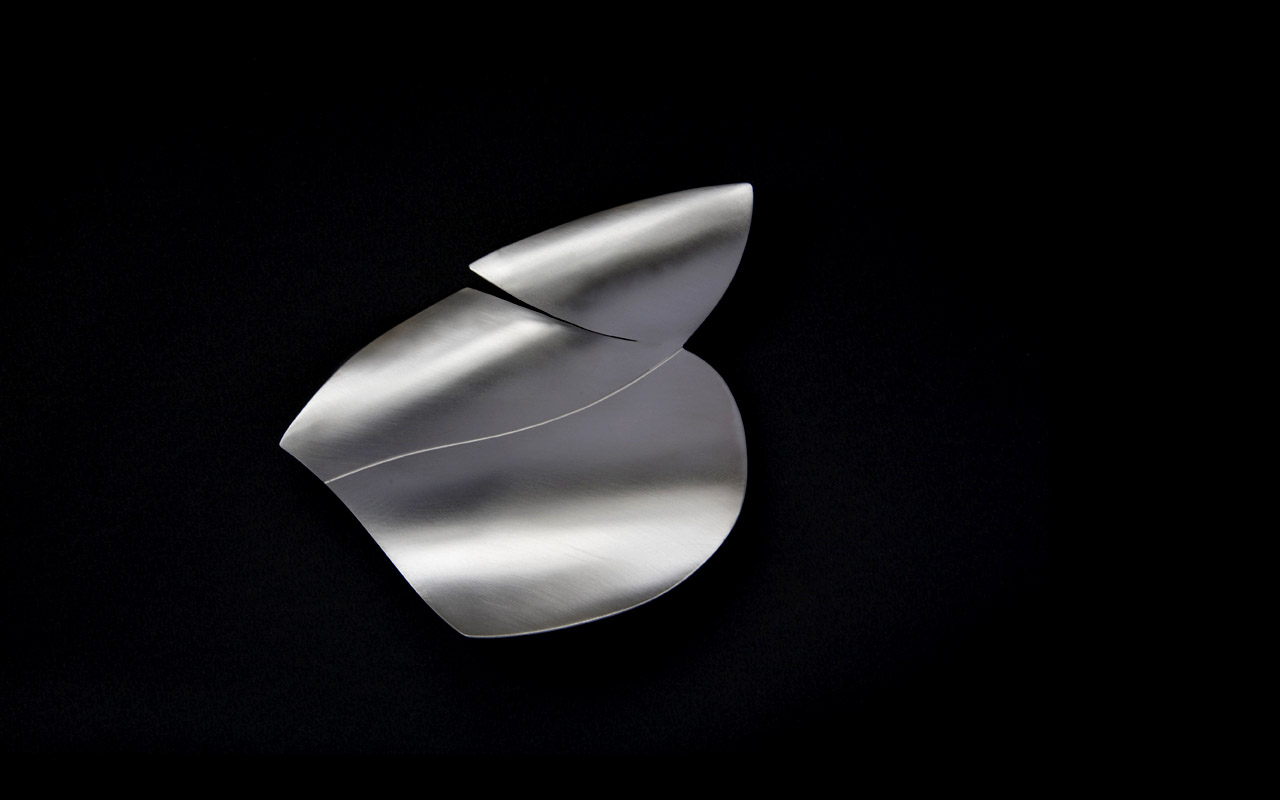 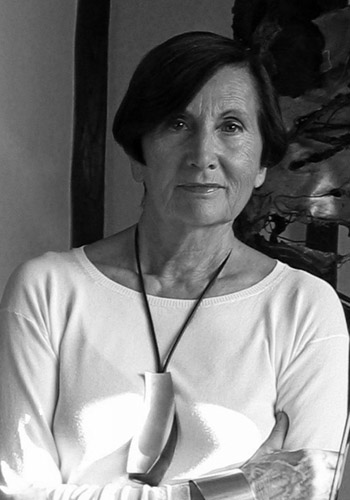 ALBA POLENGHI LISCA was born in Milano where she attended Brera Art Academy under the guide of Achille Funi and Mauro Reggiani. At Brera she studied ceramics with Roland Hetner and, later, the art of engraving. As a painter she took an active part in several collective and personal exhibitions. In 1983 her artistic and pictorial studies acquired a third dimension: the use of metal. Her training as a painter transpires from her jewellery work: no wonder then if, on the occasion of her first personal exhibition, Guido Ballo emphazised “the clearness of the procedures used, her predilection for a sober and restrained overall vision, the rhythmical precision of her compositions, their measured tone”. Her rigorous study of volumes, the composition of simple elements such as prisms and pyramids first and, later on, the cone and all curved lines, provide her jewels with volumes that reflect light in a range of as many intensities as the facets are. As a result, her artistic research produces forms austere and restrained, and even when she works with firms she tries to give the jewel rigorously clean lines, enhancing spatial volumes, superimposing layer on layer and using different shades of gold.

My artistic experience began from drawing leading to painting. The canvas was means of expression for space, color and sign. The work began on the surface and the search was to achieve a thoughtful combination of clear, dark, signs, traces and color. The expression was sought in the chromatic fields, meaning the signs.

When I started creating jewels, I discovered the beauty and strength that shapes can communicate. Dialogue becomes enriched with another element, the intrinsic relationship between surface and shape. My artistic discovery took a step forward, revealing a relationship with the material, the hard metal sheet, which achieves a structure made of precision, rigor, and measure. The jewel, an artistic object, was to move from the meaning sought within a chromatic semantic field, to a language of form and volume. Acquiring shape the surface takes on itself to transmit lights and shadows, the form is cut to generate another surface, animated to make the geometry fluid.

The creativity of an artist, I believe, is expressed in the dialogue that she has with herself. An intense, continuous inner conversation 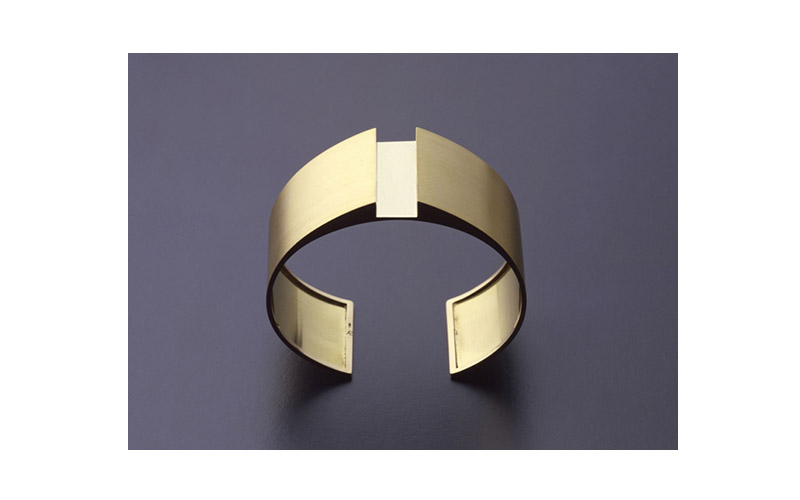 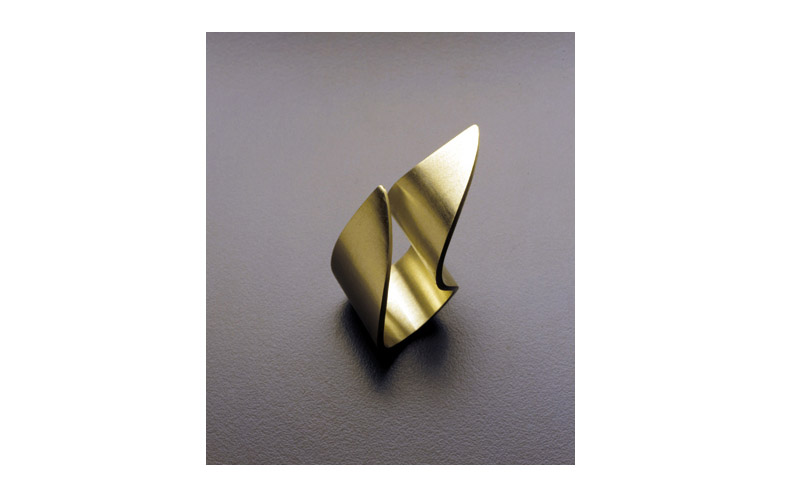 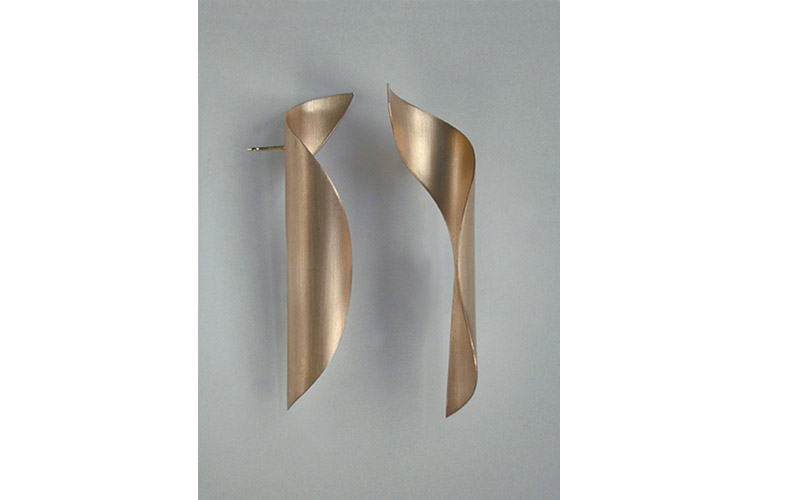 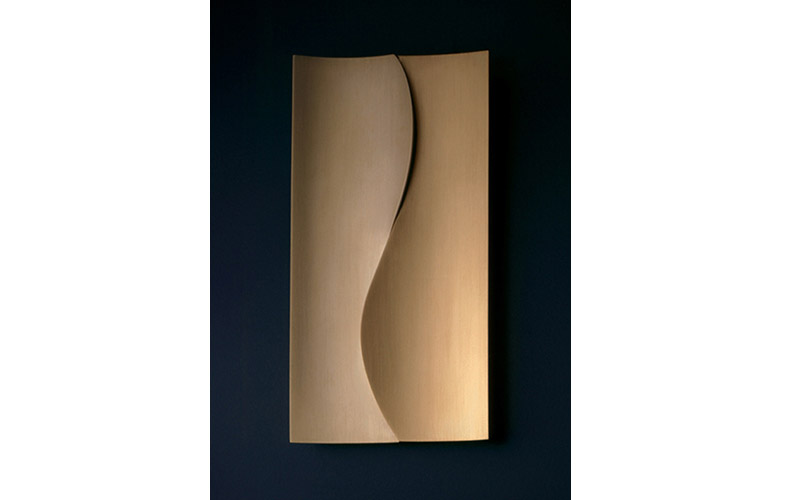 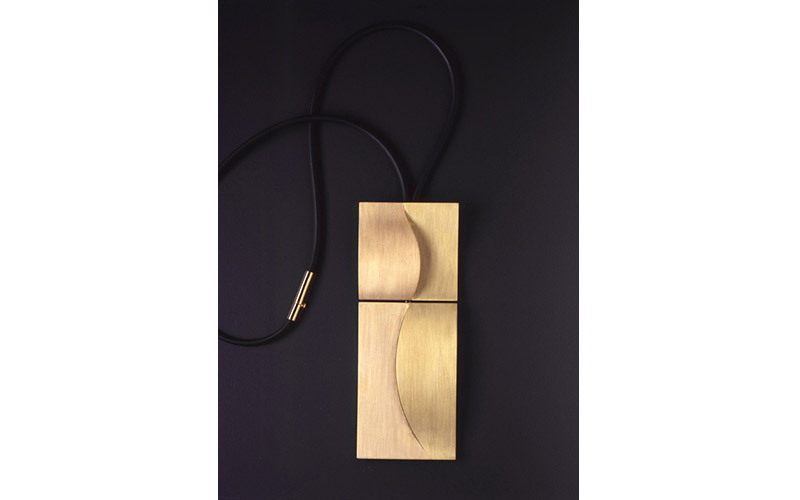 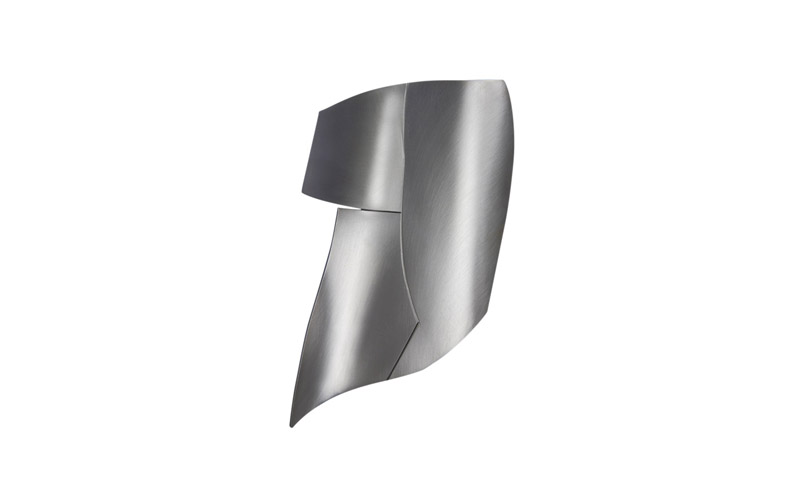